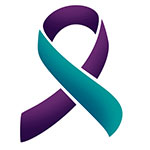 This week is National Suicide Prevention Week, and with the recent suicide of Robin Williams, the movement is getting additional attention.

In this Sunday’s Tampa Tribune, Stephen Roggenbaum of CFS was published with a commentary article on preventing suicide.

“Despite the statistical rareness of death by suicide and knowing Florida ranks 20th in the nation in its rate of suicide deaths, one death by suicide is one too many,” writes Roggenbaum. “This is especially true for survivors left behind: family, school, faith community, neighborhood and community. Family and friends may experience a range of painful emotions following their loss, such as shock, anger, guilt and depression.”

Roggenbaum tells that opening a dialogue about suicide is crucial to helping those struggling seek help: “Asking someone directly if they are thinking about suicide in a caring manner can help a person realize it’s OK to be struggling and seek help.” 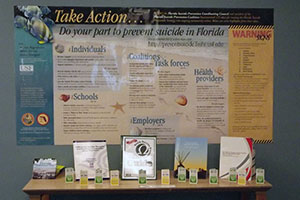 Dr. Holly Hills of FMHI also posted a brief article on the intersection of bipolar disorder, depression, addiction, and suicide.

Dr. Hills writes: “What we have learned from large scale epidemiological studies over the past twenty years is that experience of symptoms of serious mental illness often predates the person’s development of an addiction.”

As always, it is important to remember that there is always help. If you or someone you know are considering suicide, call 1-800-273-TALK or visit the National Suicide Prevention Lifeline for more information.

Look out for additional information on suicide and suicide prevention throughout the week.