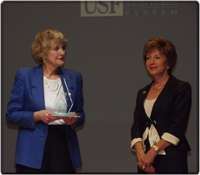 "Utilizing her extensive HR knowledge, Glenda, along with input from other staff within FMHI, produced an HR Hiring Flow Chart which graphically shows the steps involved in hiring new employees. Her chart includes all pay plans. The tool greatly assists the college's administrative staff in working through the myriad of complex HR procedures and scenarios the arise." 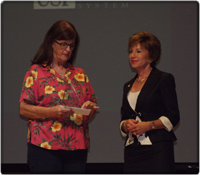 "Peggy's industriousness, creativity, and 'can do' attitude has allowed us to develop revenue streams that have made CSD able to function viably within a constrained budget period, create an atmosphere of caring, and add helped CSD's professional graduate degree programs receive top rankings in US News & World Report." 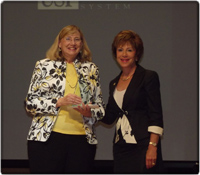 "Cindy developed a Workgroup of Administrative Coordinators (WAC). WAC meets monthly and serves as an ongoing source of professional development and communication across all units of the college. The WAC group, operating with Cindy's leadership, is THE place in our college where efficiencies are created."