Associate Professor Named Fellow in the Acoustical Society of America 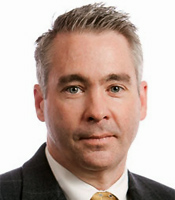 David Eddins, PhD, CCC-A, has been named as a Fellow in the Acoustical Society of America (ASA). ASA is the premier international scientific society in acoustics and is dedicated to increasing and diffusing knowledge in acoustics and its practical applications. ASA fellows are those individuals who have "rendered conspicuous service or made notable contributions to the advancement or diffusion of the knowledge of acoustics or the fostering of its practical applications."