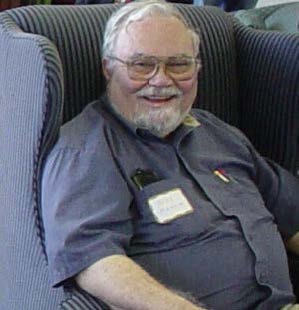 Dr. Wiley Mangum joined USF in 1972. During his career, he made important contributions not only to our programs at USF, but also to the field of gerontology. At USF Dr. Mangum taught a broad range of courses including: Introduction to Gerontology, Sociocultural Aspects of Aging, Research Methods, Legal/Ethical Issues, and Housing for the Elderly. Dr. Mangum was a major force in the development of curriculum and programs at the undergraduate, graduate and Ph.D. in Aging Studies level. He served as both Associate Chair and Interim Chair in the Department of Gerontology.

In terms of his national contributions, Dr. Mangum has served in leadership roles in the Association for Gerontology in Higher Education (AGHE) in such capacities as Editor of AGHExchange, served on the Executive, Publications, Membership, Public Policy and Long Range Planning Committees of AGHE. He Chaired the Local Arrangements Committee for the 1989 meeting in Tampa and was elected as President of Sigma Phi Omega, the National Gerontology Academic and Professional Society and also served as Treasurer of this organization. He was very active in Southern Gerontological Society (SGS) and was co-editor of the Journal of Applied Gerontology and was Chair of the Research Committee and Bylaws Committee for SGS. He published numerous times in The Gerontologist, Educational Gerontology, and Gerontology and Geriatrics Education. He also contributed to the development of the 1990 Standards and Guidelines for Gerontology programs.

Because of these many contributions, Dr. Mangum received the honor of designation as Emeritus Faculty upon his retirement in 2003.