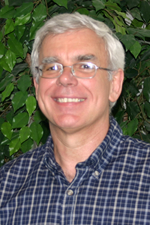 Larry Polivka serves as Director of the Claude Pepper Center at Florida State University and Scholar in Residence with the Claude Pepper Foundation focusing his efforts on issues relating to long-term care and retirement security. Throughout his career Dr. Polivka has work in the areas of gerontology education, research and service. He has spent over 30 years informing students, researchers, policy makers and the public about critical aging issues including long-term care, affordable health care, and economic security for America’s older adults. Dr. Polivka served as Associate Director and Associate Professor in the School of Aging Studies, College of Arts and Sciences at the University of South Florida from 2003 to 2009 and as Director of the Florida Policy Center on Aging from 1992 to 2009. He also served as a Consultant to the U.S. Administration on Aging (2002 - 2003) and as Assistant Secretary for Aging and Adult Services in the Florida Department of Health and Rehabilitation Services from 1988 to 1992, Policy Coordinator for Health, Human Services and Public Safety in the Florida Governors Office from 1986 to 1989 and as Staff Director of the Governor’s Committee on Aging. Dr. Polivka has written numerous reports, invited articles, book chapters, book review essays, technical papers, journal articles, newspaper articles and has presented at a host of professional meetings. He has also served on numerous committees and advisory councils including the White House Conference on Aging, American Society on Aging, National Council on Aging and Association for Gerontology in Higher Education. Dr. Polivka has received many awards and honors from the American Society on Aging, The Gerontological Society of America and most recently is the recipient of the 2009 Clark Tibbits Award on February 27, 2009 at the Annual Association for Gerontology in Higher Education Conference. The Clark Tibbits Award is given in recognition of outstanding contribution to the advancement of gerontology and geriatric education by the Association for Gerontology in Higher Education.