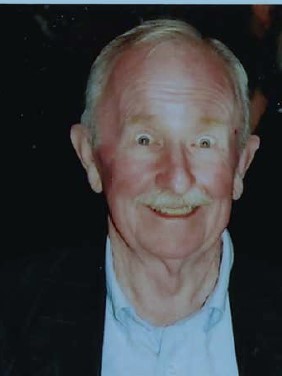 Along with Drs. Sue Saxon and Albert Wilson, in 1967 Tom began the Aging Studies Program which became the vehicle for the new MA in Gerontology degree at the University of South Florida.  He was a longtime Chair of what evolved from the Aging Studies Program into the Department of Gerontology – and is now the School of Aging Studies in the College of Behavioral and Community Sciences. What initially had been a small three or four faculty gerontology program has grown to become a major gerontology operation that is probably second in faculty size and scope only to the Andrus Gerontology Center at the University of Southern California is Tom Rich’s legacy.  From about 1975 to 1990, in addition to chairing the Department of Gerontology, Tom taught – in his unique style – some very well-received graduate courses in gerontology and did research on both aging and other topics. Over the years, he published many articles and monographs on aging and, toward the end of his life, co-authored The Gerontologist as Administrator with the late Jeffrey Giordano. In addition, Tom was a founder of the Southern Gerontological Society, an active member and Fellow of the Gerontological Society of America and the Association for Gerontology in High Education.  Drs. Mangum and Rich were the founding co-editors of the Journal of Applied Gerontology, which has been published continuously since 1982.