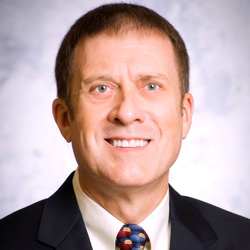 Dr. Knox joined the USF faculty in 1986 as Chair of the Department of Community Mental Health.  He founded the USF Center for HIV Education and Researchin 1988 and the Florida/Caribbean AIDS Education and Training Centerin 1991.  He was Director of both Centers until his retirement in 2011.

Dr. Knox has been responsible for more than $50 million in grants to USF.  Spanning over 40 years, his academic career has produced more than 150 scholarly presentations and publications, including several books and book chapters.  He has served as President of the USF Faculty Senate and Chair of the Florida Advisory Council of Faculty Senates.

Professor Knox is a Fellow of the American Psychological Association and the Association for Psychological Science.  In 2007 he was awarded the Marsella Prize for the Psychology of Peace and Social Justice recognizing him “for more than four decades of outstanding contributions to peace and humanitarian assistance.”  In 2012 he retired his license as a clinical psychologist in order to volunteer his full time to the work of the US Peace Memorial Foundation, which he founded in 2005.  His biography is included in the 2017 editions of Who’s Who in America and Who’s Who in the World.

Dr. Knox is Chair the US Peace Memorial Foundation, a tax-exempt 501(c)(3) public charity, which honors Americans who stand for peace by publishing the US Peace Registry, awarding an annual Peace Prize, and planning for the US Peace Memorial in Washington, DC.  He is an invited speaker nationwide on the topic of "Changing Our Culture By Honoring Those Who Stand For Peace."